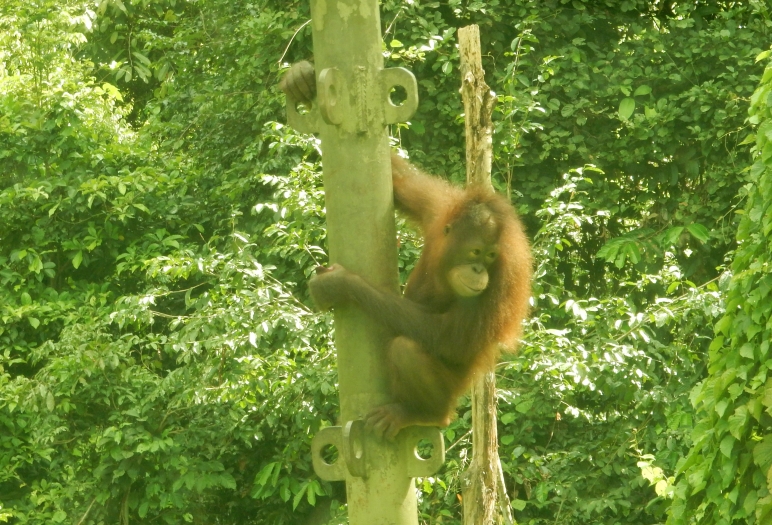 After finishing our tour down the Kinabatangan River, our next stop was the coastal town of Sandakan. From there, we would spend our second and final week in Borneo working back to Kota Kinabalu, with a few stops on the way at Sepilok, Poring & Mount Kinabalu National Park.

Sandakan is a small town with an interesting history. During the Second World War it was occupied by Japan and served as a prisoner of war camp for Australian soldiers from 1942. Two years later, as the Allied Forces began to close in, the Japanese led the soldiers on series of  ‘Death Marches’, walks of 260km from Sandakan to the town of Ranau (near Poring on the map). Of the 2,351 prisoners undertaking the march, all but six died on the journey, with the survivors either escaping into the nearby jungle or being helped out by the local townspeople.

Another interesting historical thing that we did in Sandakan was visit the house once owned by Agnes & Harry Keith (MYR15). Harry Keith was a famous conservationist in the nearby Rainforest in the 1940’s, and during their time stationed in Northern Borneo, his wife Agnes became a well renowned author. 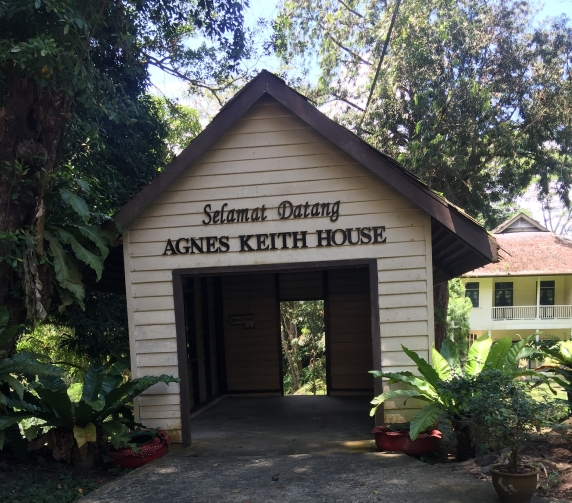 The nearby town of Sepilok is home to the Sepilok Orang Utan Rehabilitation Centre (MYR30); this is a famous centre where orphaned Orang Utan’s are looked after and taught valuable survival skills before being released into the wild. 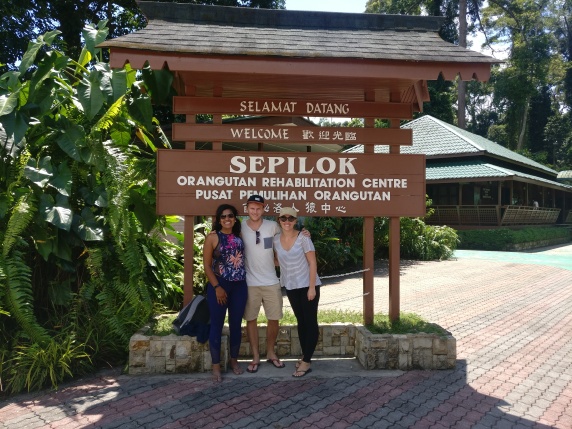 It is best to visit the sanctuary during feeding hours (9-12am or 3-6pm), as this gives more chance of Orang Utan’s coming out for food. We got to see one big Orang Utan who hung around for a while. 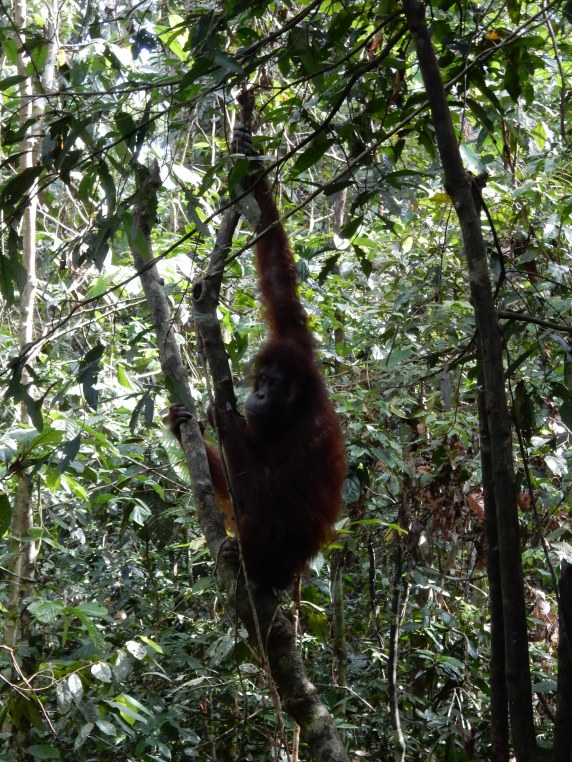 Also in the Sanctuary is the nursery, where young Orang Utan’s and play around on climbing equipment and small tyres. They are closely monitored by the staff to ensure that they say on the ropes and boards rather than going on the ground; otherwise they could be at risk from predators when they are released into jungle. 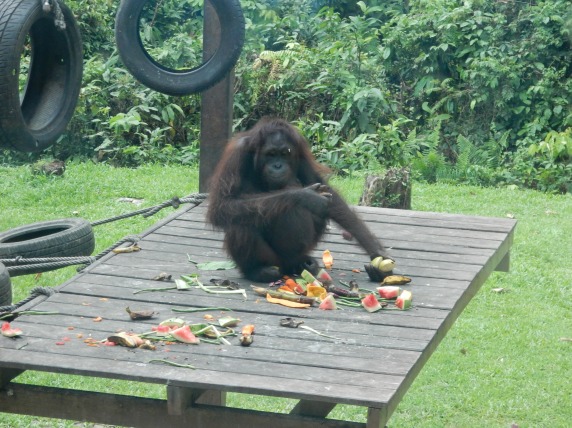 Located next to the Sepilok Orangutan Sanctuary was the lesser known Borneo Sunbear Conservation Lodge (MYR30). Due to poaching, Sun Bears have become an endangered species. Many bears at the lodge had been rescued from people who were illegally keeping them as pets; once they’ve had time to recover at the lodge they are eventually released back into the wild. 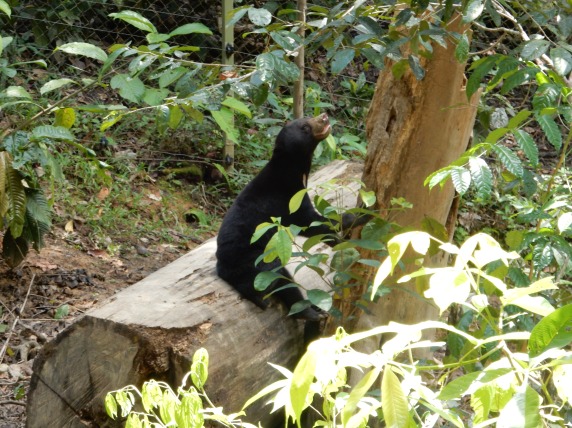 After leaving Sepilok, our next stop was the town of Poring. Whilst our accommodation in Poring was located close to the Poring Hot Springs (MYR15), it was a bit of a shack, not helped by a slightly odd owner who couldn’t speak a word of English. At $40 AUD it also happened to be the most expensive accomodation of the trip so far, but due to the remoteness of the location and us not realising that school holidays would mean that most other places booked out, it had to do!

In addition to making the mistake of turning up to Poring Hot Springs during school holidays, we also foolishly decided to visit on a weekend, and the place was too crowded for us to find a hot spring to go in.

However, there were two waterfalls* here which made for great hikes and therefore a worthwhile day overall. 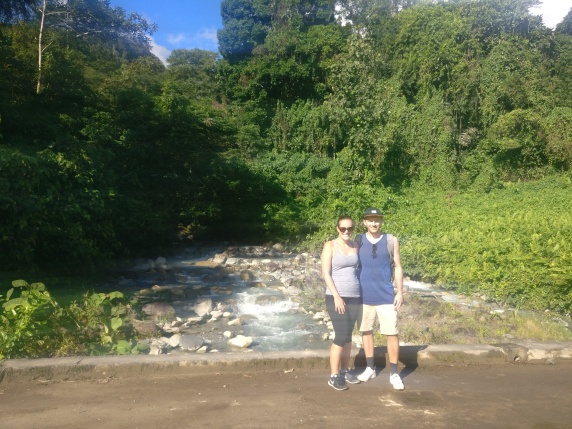 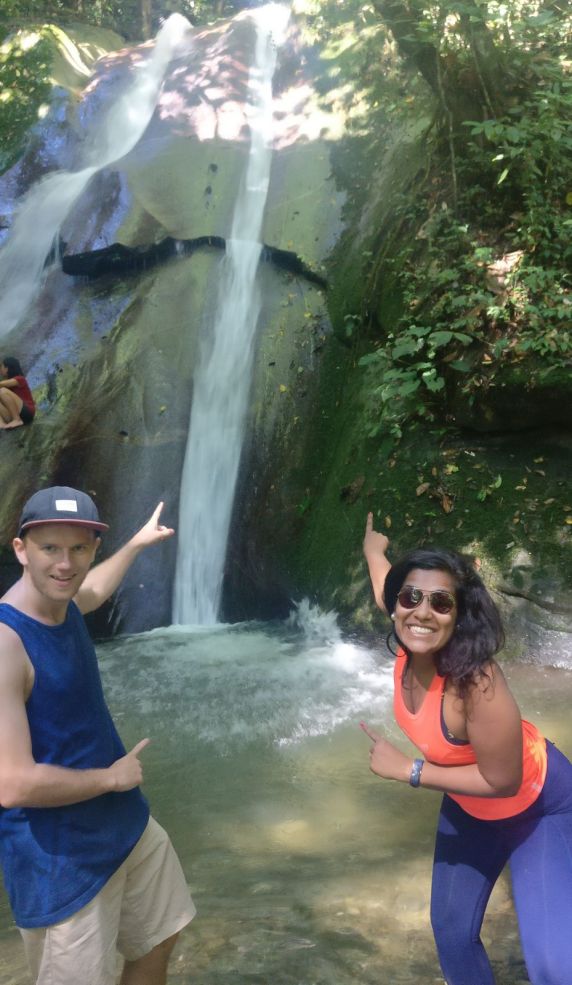 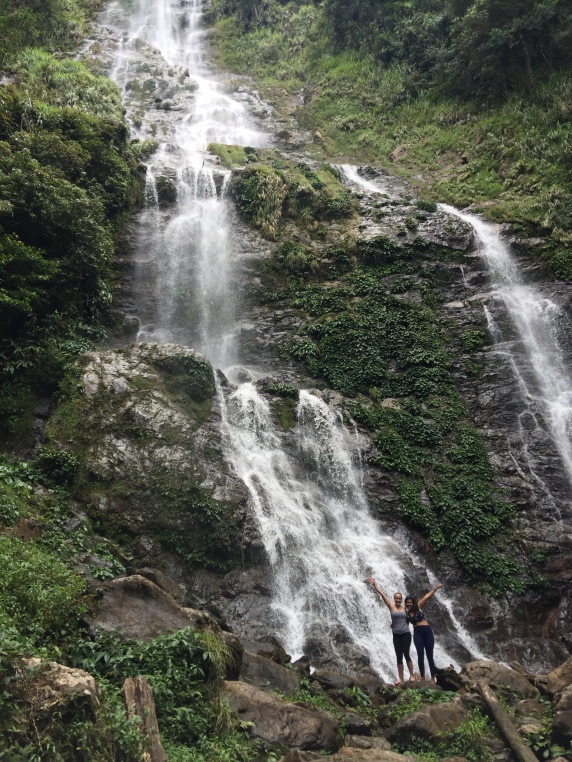 As well as the hiking, there was also a canopy walk (MYR15), which was a lot of fun. Not good if you are scared of heights though! 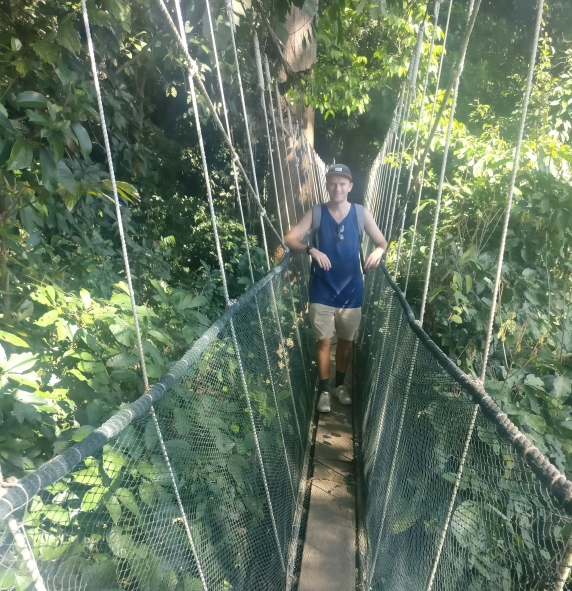 Our final stop was Kinabalu National Park. This is home to Mt. Kinabalu, and the National Park is where the climbers begin there ascent. There are also a number of other trails in the National Park, and we spent a day hiking a few of these less challenging tracks. We were hoping to get a good view of the mountain but sadly the fog and mist meant that we couldn’t.

In hindsight, the hiking at Poring National Park was better so I’d recommend giving Kinabalu National Park a miss unless you were planning on climbing the mountain. 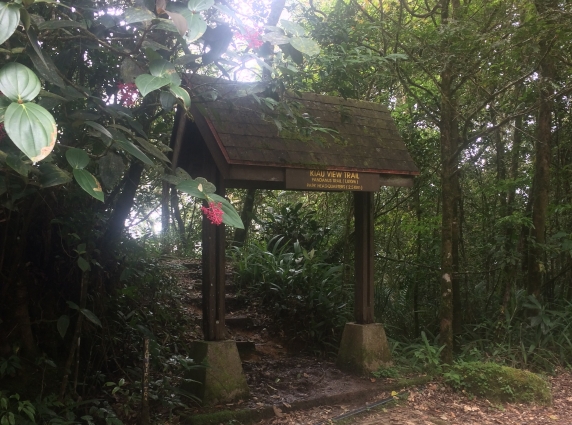 The other downside with Kinabalu National Park is that with no uber and grab in the area, it was a bit of a pain to get to and from. Thankfully, after twenty minutes of attempting to flag down every coach and bus that came past, a bus heading back to Kota Kinabalu rocked up and ferried us there for MYR20 each!

Two hours later, we were back in Kota Kinabalu in time for another epic sunset and a great end to our Borneo trip. 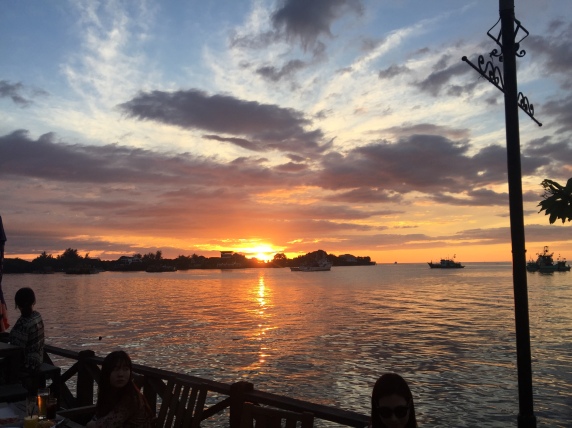 One thought on “Borneo – Our Final Week”