Luxembourg may not be high on many bucket lists; this tiny country only gets about a million or so tourists each year and is seen often as an expensive and rather plain country full of EU diplomats.

But with cheap flights from London that take just over an hour, we decided it was worth the gamble and spent a weekend poking around there in February.

I must confess that I never knew much about Luxembourg (and to be honest even now I still don’t), but one thing I’ve always randomly known is that the country shares the same name as it’s capital city.

One thing we do everywhere is go on a free walking tour; and despite the time of year we went, there was still a decent crowd with us to explore the city. It was balls cold the entire time we were there but at least we got some blue skies for the walking tour! 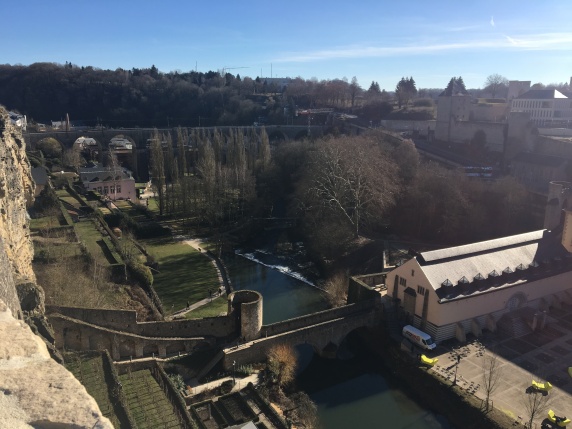 For what it’s worth, Luxembourg City was clean, safe and friendly, which made a good change from the crowds and dirty air of the aptly named ‘Big Smoke’ from which we’d flown from.

One thing we didn’t realise though was that one of the main tourist attractions of the city, the Grand Ducal Palace, wasn’t open in February. In fact, it seemed like a lot of things were closed which explained why we never seemed to have to battle for a seat on the train…

The highlight of our weekend was a day out to Vianden, which is a small and cute town on the German border. There is a beautiful river that runs through it where we found a lovely pub to post up at for lunch. Whilst Luxembourg City had more of a French influence on its food, Vianden was a lot more German – think schnitties and crisp tasty lager.

The main attraction within Vianden is the castle; it’s a fair walk up a hill to get there but it was definitely worth the trek for the views at the top, particularly if you get a clear day like we did. 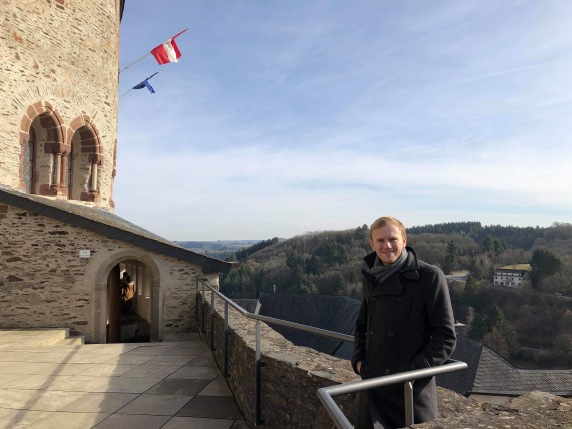 Vianden castle dates back to the 10th/11th centuries and has all the usual features that you’d expect of any castle, such as large banquet rooms and accompanying chandeliers.

Fortunately, the two blokes below haven’t had a crack at it yet, so the lighting is still very much in tact.

So is Luxembourg worth the visit? The honest answer is that there isn’t really much to do here; if you’ve got a spare weekend or you’re passing through then it’s worth a couple of days but I wouldn’t stay any longer than that (particularly in February!)

That being said, we still had a great time; it was good to get out of the madness of London for a weekend and spend time in somewhere which moves at a slower pace to recharge the batteries.

2 thoughts on “Is Luxembourg Worth the Visit?”