Kotor and Dubrovnik are both old walled cities on the Adriatic which are very easy on the eye. Consequently, during the summer months they are now both rammed full of irritating millennial’s who spend most of their trip taking ridiculous selfies for instagram, accompanied with even more ridiculous hashtags (#blessed, #wanderlust, etc etc).

When comparing our pictures from our trip to Kotor last week and our Dubrovnik visit in 2016, you’ll mainly notice that my wardrobe and quality of facial hair has not improved at all in two years. However, you will also probably deduce that you only need to stay in one or t’other.

Come on, I’m on holiday after all, what more do you want? Ok fine…

Dubrovnik is right at the Southernmost point of Croatia, and on the coast, giving it the sea views across the Adriatic.

Kotor, on the other hand, is a bay, the town is slightly inland from the coast although not by much admittedly. So it’s more mountainous landscape that’s on offer than clear blue sea.

Who Goes There & When

Over the last decade or so Croatia has seen an explosion in tourism. Over a million tourists descend on Dubrovnik every year now; apparently Game of Thrones was filmed there or something so lots of people have been heading there to check it out.

Croatia and Dubrovnik in particular has had a bit of a British invasion over the past few years; half of my facebook seems to have popped up there. Kotor on the other hand contains so many Aussies that Darryl Braithwaite, Cold Chisel & Jimmy Barnes all got a run within a half hour period by our hostel DJ.

We found Kotor to also be very touristy compared to other destinations in the balkans; however it is probably still three years away from where Dubrovnik is so at the moment it’s probably a middle ground between being off the beaten track and being saturated.

Tourism numbers have improved vastly here in recent years due to the docking of several large cruise ships during the season causing the locals to skip town for the day whenever they spot one approaching.

The Old Town of Dubrovnik is surrounded by fort-style walls that can be walked around. It doesn’t take long to get around them and is best done in the morning before it gets too hot or too crowded. We got on them as soon as they opened and had the walls to ourselves!

Kotor is slightly different; the best way to take in the views is to hike up the trail to Saint John’s church. It only takes an hour to get up there and there’s several good places to stop for a rest on the way.

Out of the two, Dubrovnik has more to offer in terms of things to do both in the city and further afield. The Old Town itself felt bigger, with more do see and do in terms of churches, cathedrals, and other cool architecture.

There’s also a cable car that goes to the top of the city and gives some impressive views.

As for Montenegro, we went on the Great Montenegro tour ran by 360monte which was really good. As well as driving up the big hill to get the best views of the bay (see picture at the top) we spent the morning hiking the Lovcen peaks (below). Amazingly, there is a mausoleum for a 19th century bishop at the top of the mountain. He must have been important because it would have been a right bark to carry him up there. 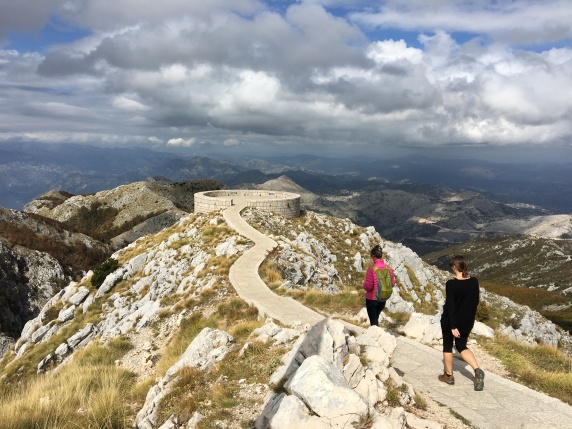 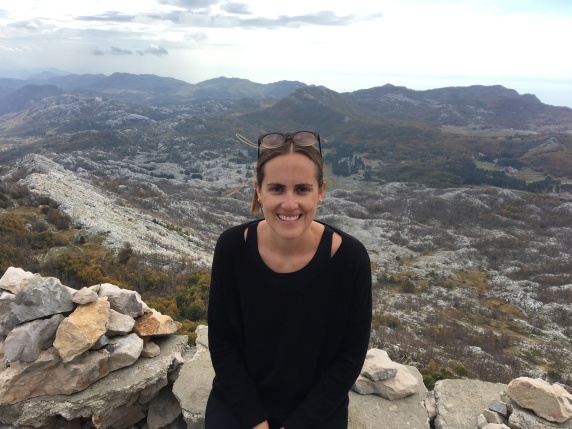 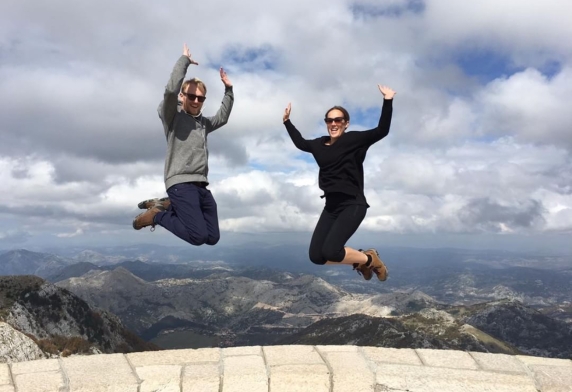 On our way back there was still time to check out the town of Cetinje and take in a boat trip across Skadar lake. I’d definitely recommend the Great Montenegro tour if you didn’t have long to spend in Montenegro and wanted to see as much as possible in that time.

Due to the amount of tourism in both of these areas it won’t be a surprise to discover that both destinations are a lot more expensive than other parts of the balkans. However, Dubrovnik is the more expensive of the two.

Backpacking, we did Dubrovnik for about A$100 a day each whereas Kotor was more like A$80 each, which is more reasonable but still almost double the cost of visiting nearby Bosnia and Albania! 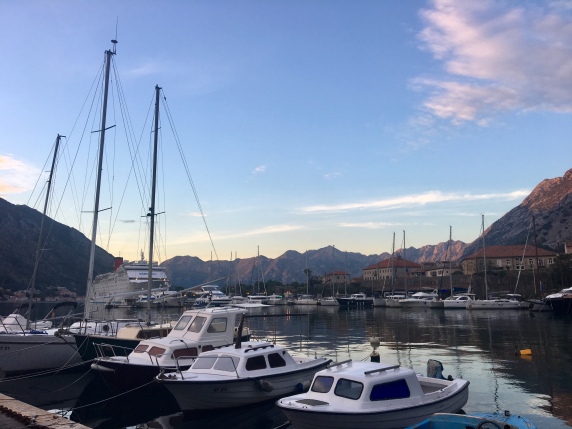 If I was going on holiday for a week or two, I’d probably lean towards Dubrovnik due to the fact that there is a bit more going on in the old town that will keep you busy initially. I’d recommend both staying and eating outside of the old town where possible though as the closer to the old town you get, the more you pay!

Dubrovnik has a greater variety of day trip options so you could certainly fill a decent amount of time using Dubrovnik as a base. Kotor is even an option as a day trip from here.

Some of the views from Kotor are spectacular but there wasn’t as much depth to the town as some of the other places we’d been to in the balkans. However, if you’re backpacking or on a longer trip and passing through Montenegro, then Kotor is a good a place as any to base yourself for a few days to catch a breath and take in the country before moving South into Albania or North into Bosnia.