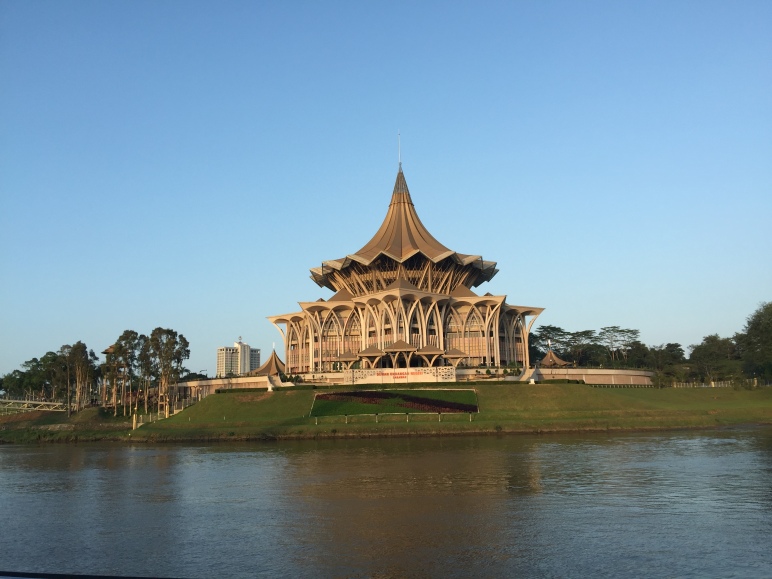 When we were planning the trip, Borneo was probably one of the places that excited us the most. Over the next twelve days, we would hopefully be able to see some cool animals in their natural habitat, along with spending plenty of time to hike around the various National Parks that this island has to offer.

Borneo, or ‘Kalimantan’ as it’s formerly known, encompasses three independent countries in the one island; Indonesia, Malaysia, and the tiny sultanate state of Brunei.

The most commonly visited part of the island is the Malaysian territory in the north, which comprises about a quarter of the land mass of the island. It was here that we focused our visit.

We started our Borneo trip with three nights in Kuching, the largest city in Malaysian Borneo and capital of the state of Sarawak. After a busy three weeks in Sri Lanka, the pleasant, relaxed and safe nature of the city was an ideal place for us to find our feet before we headed North into the jungle.

Whilst Kuching occasionally gets a bad rap from some travellers as being a bit boring, the main selling point that it has is that it is a good base to start from to head into the nearby National Parks and Nature Reserves. The most popular of these is the Semmengoh Orangutang Sanctuary, which Carissa was able to experience on a kayaking trip. Sadly I missed this as I was still recovering from Sri Lanka, but she was able to see lots of Orangutan’s who came out to say hello during feeding time. 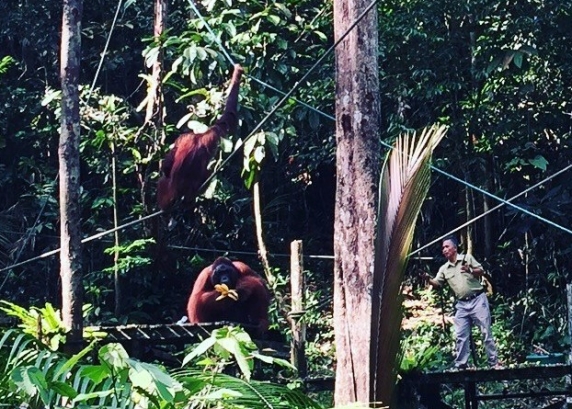 During our stay in Kuching, we also had time to take a day trip to Bako National Park to do some hiking. Due to its remoteness, Bako is only accessible by a twenty-minute boat ride along the South China Sea. It is possible to stay overnight there, but we instead opted just for a day trip. 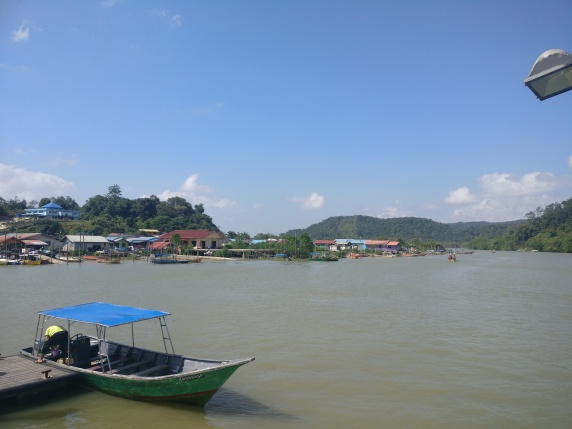 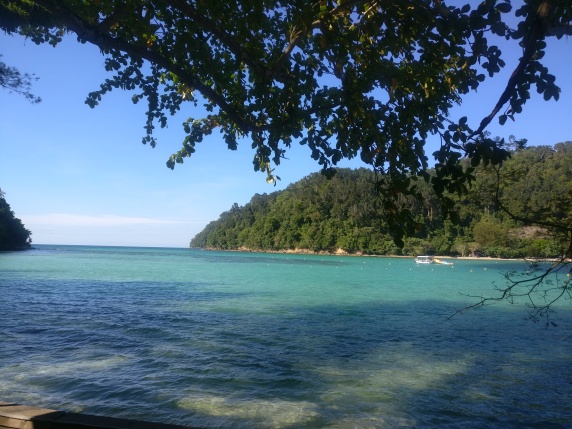 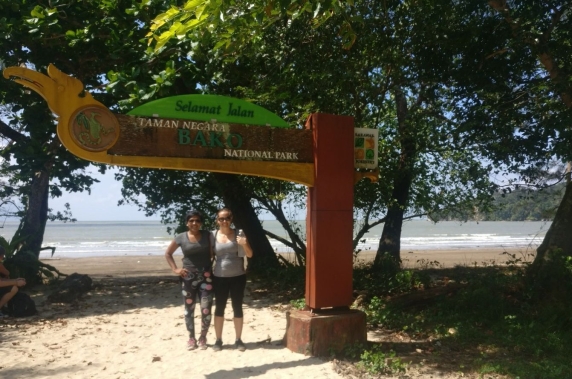 The boat ride gave us a good view of the rugged hillside which contains sixteen different hiking trails. Although we didn’t have time to do them all, the ones we completed gave us an opportunity to see some great views, along with snakes, wild boars, and some hungry monkey’s, who managed to steal Carissa’s lunch! 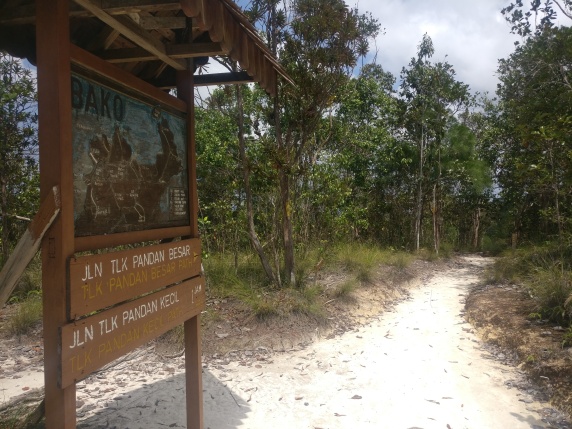 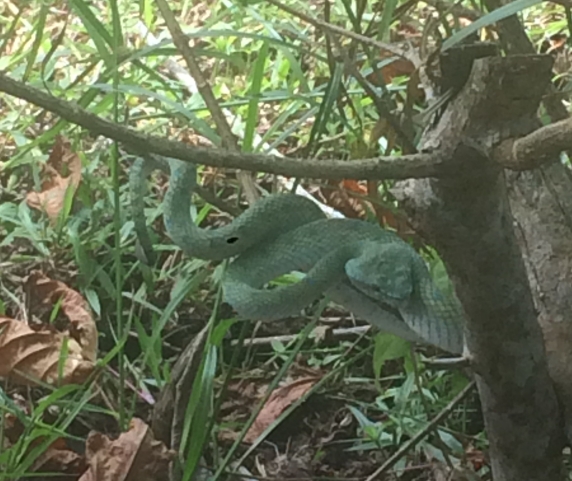 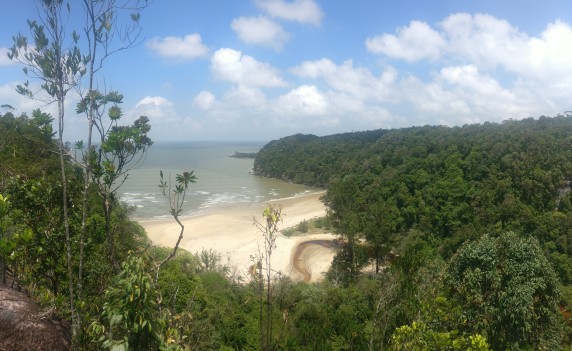 We finished our stay back in Kuching, and whilst there were not a great deal of ‘attractions’ in the city centre, it was still very enjoyable to walk around, and contained a number of tasty food stalls. These are set alongside a lake which was illuminated beautifully at night, making the city centre a great place to spend the evening after a day of hiking. 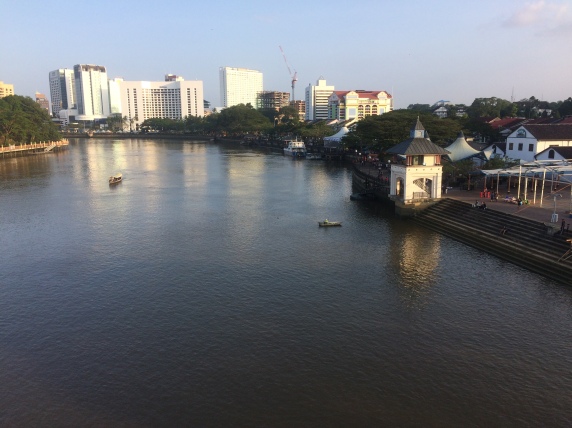 Overall, Kuching was definitely worth a look for a few days at the start of our Borneo adventure; the locals were friendly, the weather was nice and cool, and it was nice to be back within range of a few western amenities (such as hot water!) before we headed off into the jungle wilderness in Sabah.